Do Dogs Get the Winter Blues?

If the short days and freezing temperatures have left you feeling a little low, you’re not alone. Each year, approximatey 5 percent of people suffer from seasonal affective disorder (SAD), a type of depression triggered by a change in seasons that can throw off levels of hormones including serotonin, a feel-good brain chemical, and melatonin, which helps regulate sleep. But can your pup also suffer from SAD?

Dr. Carol Osborne, D.V.M., an integrative veterinarian at Ohio’s Chagrin Falls Veterinary Center and Pet Clinic says...maybe. “It depends on who you talk to,” she says. “Some surveys show that up to 40 percent of dog owners notice a dip in dog moods in winter months.”

SAD can happen in any breed of dog, and it’s most commonly observed in areas of the country that don’t get a lot of sunlight in the fall and winter. If you notice that your pup shows a sudden lack of interest in the things he normally loves, is sleeping more during the day, is restless at night, or has gained or lost weight, you might want to bring him to the vet to rule out SAD or another serious medical issue.

It's also a good idea to check in with yourself: According to Osborne, your dog might be taking cues from your own behavior. “In many cases, the dog might be mirroring their human's feelings,” she says. “If an owner has the winter blues, the dog is right there, picking up those exact emotions. Today, as opposed to 10 or 20 years ago, the relationship and bond between human and dog is so close. The dog is extremely in tune with our emotions—and reacts to them. When your dog seems down and sad, it’s important for the owner to notice their own feelings.”

Check out the tips below to lift your pup’s spirits—and your own!

“What’s good for you is good for your dog,” says Osborne, who recommends getting out of the house during daylight hours as much as possible. If you can, adjust your schedule so it’s light out during your walks around the neighborhood with your pup. At home, move your dog’s bed closer to a window or a skylight to bathe him in brightness.

Osborne suggests giving your pup a little melatonin—between one to three milligrams at night—to encourage restful sleep. “Melatonin is naturally produced in the body and it balances the sleep-wake cycles and protects the brain from senility and depression,” she says. “It helps people and pets relax and have a nice night’s sleep.”

Like humans diagnosed with SAD, pets can benefit from an hour each day in front of a lightbox, which has a special bulb that mimics daylight. (Look for full spectrum or cool white bulbs.) Just make sure that your doggo’s eyes are open during light therapy so he can reap the rewards. Playing a game with your pup in front of the lightbox should do the trick.

Exercise can provide a big mental boost for pets and humans, says Osborne. And since there’s no better workout buddy than your pup, why not take your dog along with you? Exercise classes where you sweat with your pet are a rising trend all over the country. From yoga (ahem, doga) to canine boot camp to TRX classes (!) there’s a workout that you and your doggo will love. 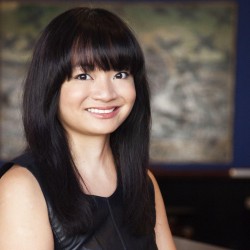 Maridel Reyes is Brooklyn-based writer who covers amazing travel destinations with an eye for food, wine and wellness.

Turning Your Dog's Walk into a Workout

Does My Dog Have Seasonal Allergies?