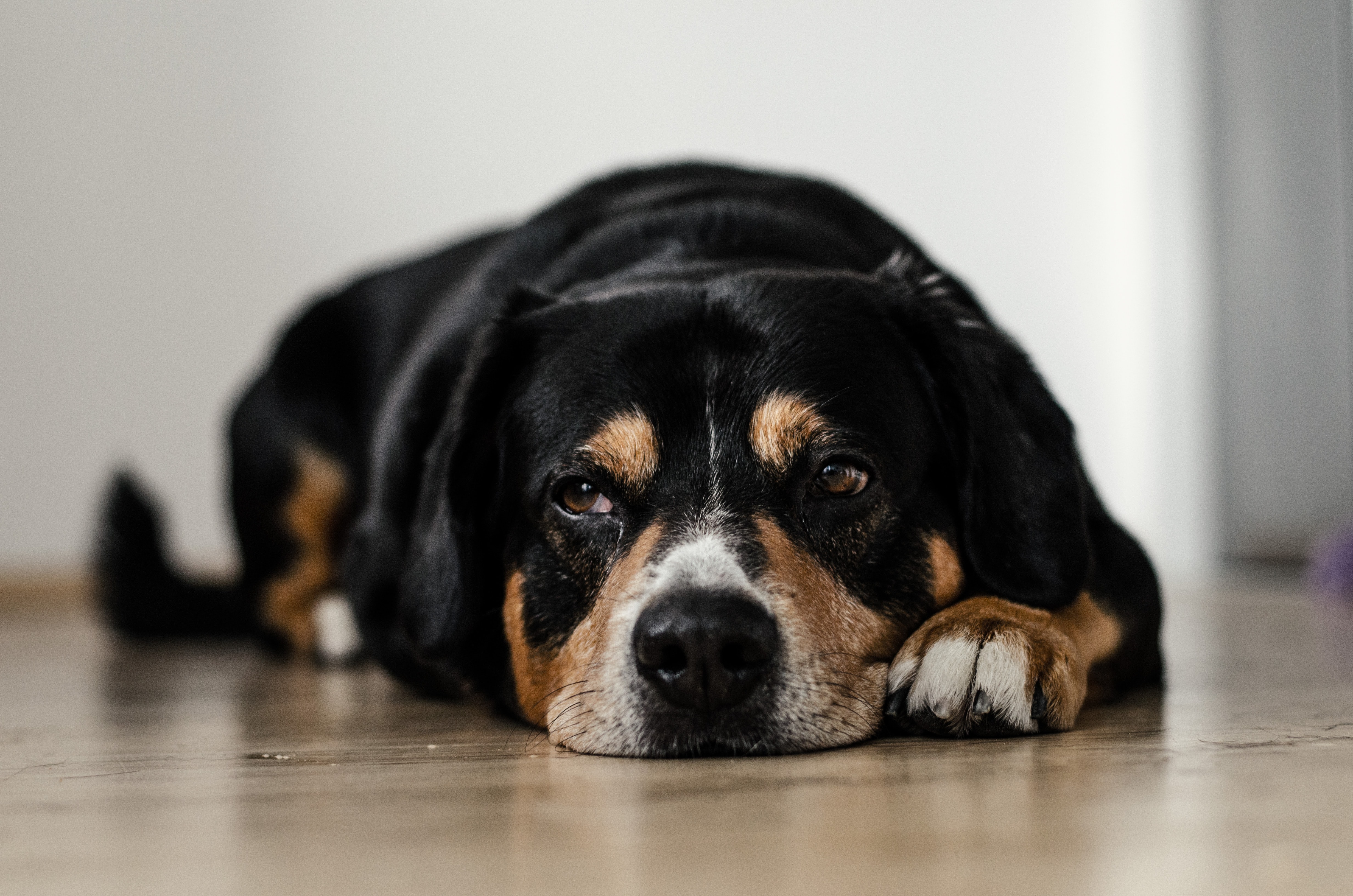 5 Tips to Get Your Dog to Behave Around Houseguests

Think about what the scene’s like when you greet your guests—you’re waving, hugging, trilling, 'Oh, hiiii!' “To dogs, all that excitement doesn’t seem that different from pawing at people or jumping on them,” says Rachel Cohen-Maso, CPDT-KA, a trainer at Brooklyn Dog Time. “They’re just trying to get in on the action.”

And while training is important, it takes dogs a long time to respond to a new command in an exciting situation. That means one of the smartest tactics when it comes to houseguests is to control the environment. The majority of unfavorable pup behaviors (barking, jumping) typically happen in the first five to 10 minutes of the guests’ arrival, so if you can manage the situation during that timeframe, you'll probably enjoy yourself a lot more.

If your dog’s on edge from the minute guests walk in the door.
“I don’t think it’s fair to ask your dog to interact with people if he’s not comfortable,” Cohen-Maso says. So give your dog a good amount of exercise that day to get her energy out, then put her in a room with white noise, a chew treat, and a puzzle toy. Do the same on other nights too, so she doesn’t associate the room with stress. “The idea is to create a sanctuary where she can hang out,” she explains.

If your dog won't stop barking There are two kinds of barks: a happy one, accompanied by running back and forth with a loose body and a floppy, high tail, and a stiff-sounding, anxious one, while your dog pushes his front quarters forward but holds his lower body back and looks unsure. If it’s the former, just let it pass. “Ignore the barking and let it fade out, and ask the people who come in to do the same,” Cohen-Maso says. If it’s the latter, move your pup to another part of the house and give him a chew toy until he’s calm.

If your dog is jumping all over your guests. Imagine two dogs saying hello: After a quick butt-sniff, they come around to say hello face-to-face. “Your dog wants to do the same thing with a guest—he’s jumping in part to get up near their face,” Cohen-Maso explains. If you know your dog is part pogo stick, give him a lot of exercise the day guests are arriving and ask them to ignore him until everyone’s settled in. If he’s actually jumping on seated guests and trying to headbutt them, that’s a sign he’s uncomfortable and trying to create more personal space. In that case he’s probably best cordoned off in another part of the house with some beloved toys or special treats.

If your dog is a major food beggar (or thief!) “It’s a little hard to control your houseguests,” Cohen-Maso says. “Even when you say, ‘Don’t feed the dog,’ people tend to accidentally let things fall off their plates." If your dog is a quiet beggar, let those scraps slide for the night. If your dog snatches stuff off dishes or barks as he begs, consider putting him in a quiet room with a few distracting toys (see above).

Your dog follows a guest around like he’s the Pied Piper. It could be two things: One, if your dog is uncomfortable with a guest, she’ll track him just because she wants to make sure she knows where that strange human is at all times. And two, if she really likes someone (probably because he slipped her some food or threw her favorite ball), she might follow him around hoping for more attention. In either case, “set up a little bed with a bone or special chew toy in the corner,” Cohen-Maso suggests. A kong with peanut butter inside will coax your dog into her designated area—and she'll enjoy still being in on the action.